You are about to leave AltraFireArms.com. Items ordered on the following website are purchased from the distributor and SHIPPED to the store. It does not reflect in-store inventory!

Currently available deals IN STORE ONLY 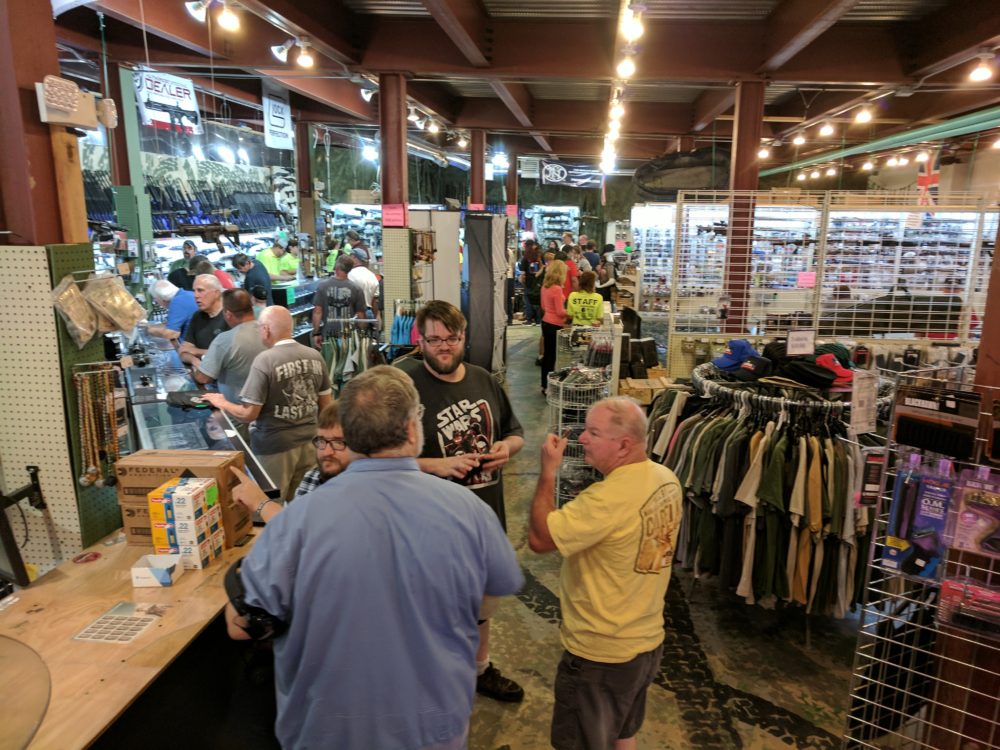 In light of all the shootings, we just want to say that we are keeping the families of the victims in our thoughts and prayers. We are saddened by all these senseless murders.

It seems that most peoples’ answer to these murders is more gun control. None of the current 23,000 gun laws would have stopped any of these killings. Nor would any of the proposed laws stop them. Even the proponents, if they’re honest, will admit this. But none of this matters, since it is the government’s goal to go after the guns of law-abiding citizens. Case in point, if you get 3 DUI’s in PA, you can get your driver’s license back, but you can never own a gun.

Thus, it is important when we discuss this topic with our friends, neighbors, co-workers, that we properly frame the debate. As Americans, all of our rights come from God. We give some of those rights to the government, and which rights we give to the government are in and limited by the Constitution.

In light of that, do you believe that the 2nd amendment of the Constitution gives Americans the right to keep and bear arms? Answer: No! If you read the Constitution, the Declaration of Independence and the Federalist Papers, it is very clear, as stated above, that all rights are given to Americans by GOD. The 2nd Amendment is actually a ‘NEGATIVE RIGHT’, stating that the government may NOT infringe on the God-given rights of Americans to keep and bear arms.

Here is a quote directly from our Declaration of Independence on this point:

We hold these truths to be self-evident, that all men are created equal, that they are endowed by their Creator with certain unalienable rights, that among these are Life, Liberty and the Pursuit of Happiness. That to secure these rights, Governments are instituted among Men, deriving their just powers from the consent of the governed.

When I explain this to people, I often use an analogy. My analogy is that American citizens are the adults, and all government representative are like teenagers. As teenagers get older, they try to usurp the adult’s power and they must be reminded: It’s my TV, it’s my car, it’s my house, and they need my permission to take the car, or to use the TV if I’m watching it.

And so too, is the government trying to usurp my power. They have no right under the Constitution to take my guns, my ammunition, or my magazines, since all rights were given to me by God. And the Constitution states that they shall not infringe on my rights.

We can listen to the liberals, the pundits, the progressives, and even the Republicans talk, but instead, let’s listen to what the Founding Fathers said.

“…the ultimate authority, wherever the derivative may be found, resides in the people alone…”
– James Madison, Federalist No. 46, January 29, 1788

Fisher Ames, A Framer of the Second Amendment in the First Congress

“The Constitution of most of our states (and of the United States) assert that all power is inherent in the people; that they may exercise it by themselves; that it is their right and duty to be at all times armed.”
– Thomas Jefferson, letter to John Cartwright, 5 June 1824

“No free man shall ever be debarred the use of arms.”
– Thomas Jefferson, Virginia Constitution, Draft 1, 1776

“What country can preserve its liberties if their rulers are not warned from time to time that their people preserve the spirit of resistance? Let them take arms.”
– Thomas Jefferson, letter to James Madison, December 20, 1787

“To disarm the people is the most effectual way to enslave them.”
– George Mason, referencing advice given to the British Parliament by Pennsylvania governor Sir William Keith, The Debates in the Several State Conventions on the Adoption of the Federal Constitution, June 14, 1788

“Guard with jealous attention the public liberty. Suspect everyone who approaches that jewel. Unfortunately, nothing will preserve it but downright force. Whenever you give up that force, you are ruined…. The great object is that every man be armed. Everyone who is able might have a gun.”
– Patrick Henry, Speech to the Virginia Ratifying Convention, June 5, 1778

So what is the militia? Some will say it’s the Army, the National Guard. Some will even state that a militia is no longer needed.

But here is the actual legal definition of the militia as set forth in the United States Code:

Section 311 of US Code Title 10, entitled, “Militia: composition and classes” in its entirety:

(b) The classes of the militia are —

(1) the organized militia, which consists of the National Guard and the Naval Militia; and

Here is what the Founding Fathers said about a militia:

“I ask, who are the militia? They consist now of the whole people, except a few public officers.”

“A militia, when properly formed, are in fact the people themselves…and include, according to the past and general usage of the states, all men capable of bearing arms… “To preserve liberty, it is essential that the whole body of the people always possess arms, and be taught alike, especially when young, how to use them.”

“What, Sir, is the use of a militia? It is to prevent the establishment of a standing army, the bane of liberty …. Whenever Governments mean to invade the rights and liberties of the people, they always attempt to destroy the militia, in order to raise an army upon their ruins.”

“The right of the people to keep and bear arms shall not be infringed. A well- regulated militia, composed of the body of the people, trained to arms, is the best and most natural defense of a free country.”

Thus, there can be no argument that our Founding Fathers defined ‘militia’ as every able-bodied person, 17 years and older!

In light of what the Founding Fathers said, re-read the 2nd Amendment:

A well-regulated militia being necessary to the security of a free state, the right of the People to keep and bear arms shall not be infringed.

So, all gun laws are actually un-lawful. There should be no background checks, no concealed carry permits, no registrations, no FFL licenses required for dealers, and everyone should be able to own a fully automatic weapon with no tax stamp. The only age restriction should be below 17 years old.

If this sounds crazy, think about the fact that our nation went over 100 years without gun laws. In 1934, the NFA was enacted, and this lead to expanding gun controls. In a ruse to get around the 2nd Amendment, the NFA was passed as a tax under the interstate commerce clause.

Here are a few more quotes from our Founding Fathers:

“Without morals a republic cannot subsist any length of time; they therefore who are decrying the Christian religion, whose morality is so sublime and pure (and) which insures to the good eternal happiness, are undermining the solid foundation of morals, the best security for the duration of free governments.”

Charles Carroll, signer of the Declaration of Independence

“Only a virtuous people are capable of freedom. As nations become more corrupt and vicious, they have more need of masters.”
Benjamin Franklin

“Human rights can only be assured among a virtuous people. The general government . . . can never be in danger of degenerating into a monarchy, an oligarchy, an aristocracy, or any despotic or oppresive form so long as there is any virtue in the body of the people.”
George Washington

“Only a virtuous people are capable of freedom. As nations become more corrupt and vicious, they have more need of masters.”
Benjamin Franklin

“Laws without morals are in vain.”
Benjamin Franklin (Motto of the University of Pennsylvania)

“Our Constitution was made only for a moral and religious people. It is wholly inadequate to the government of any other.”

Passing 23,000 gun laws and more will still never solve the problem. Liberals, the biased news media, and Hollywood, combined with both the Democratic and the Republican parties refusing to admit the truth: You cannot legislate virtue or morality. It has never been done in the history of the world.

These mass murders are just a symptom of the problem. The cowardly officers that ran away in Florida, the corruption in all levels of our government, the epidemic of illicit drugs, families splitting up, etc. are more symptoms of the same problem: The loss of the morality in our nation. Our Founding Fathers stated that we could only exist as a nation if we were a moral people.

Therefore, my solution to this problem is three-fold:

We need to humble ourselves, get on our knees and pray.
When voting we need to remember that if you vote for the lesser of two evils, you still elect evil. Stop voting for the Republicans and the Democrats, they are both evil. Pick a 3rd Vote for them, even if they can’t win. If the Republicans and Democrats lose 10% of their voting power, they will change.
“Democracy is two wolves and a lamb voting on what to have for lunch. Liberty is a well-armed lamb contesting the vote!”
-Benjamin Franklin

Ask yourself if you want to be the well-armed lamb, or lunch? 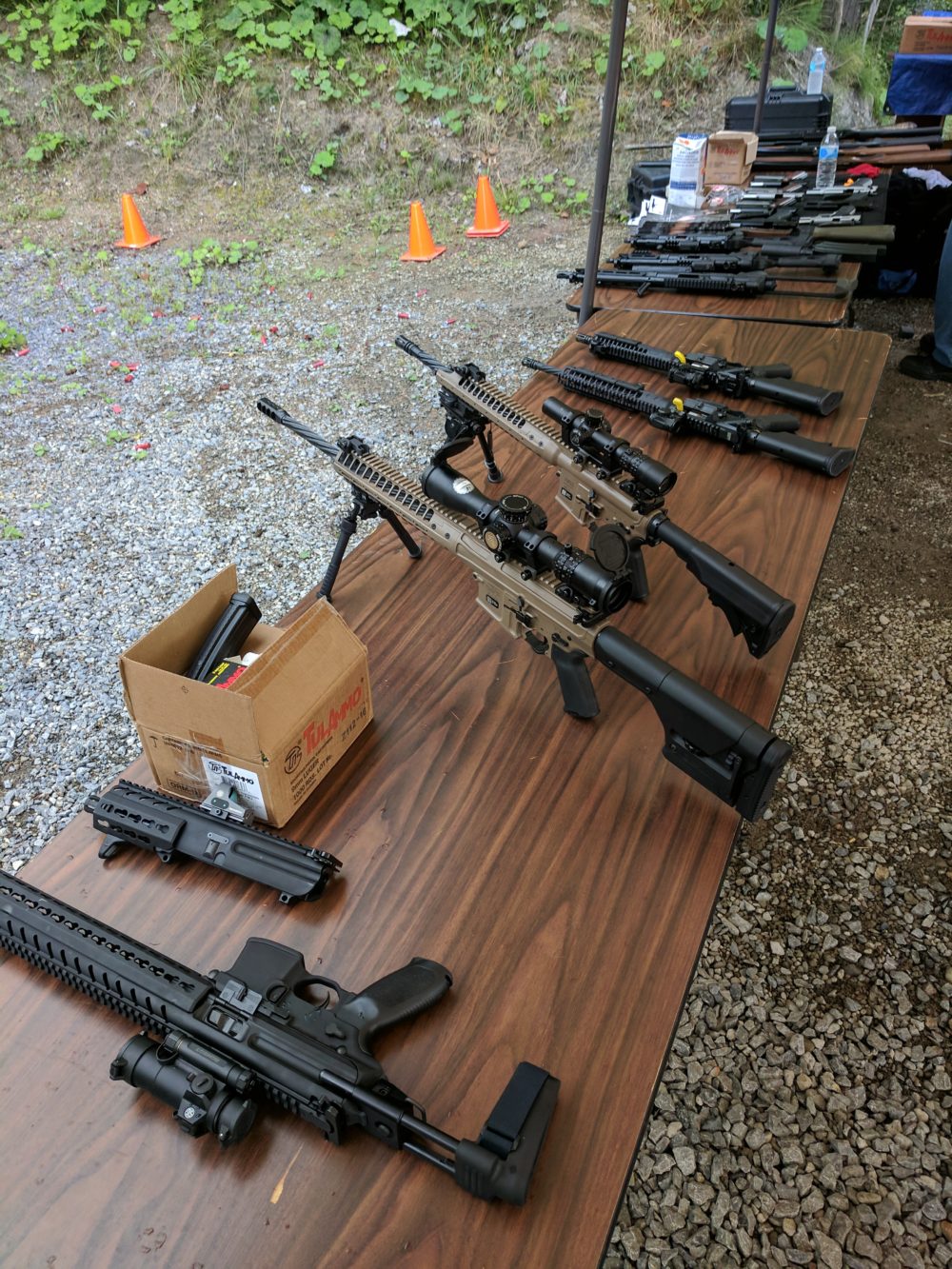 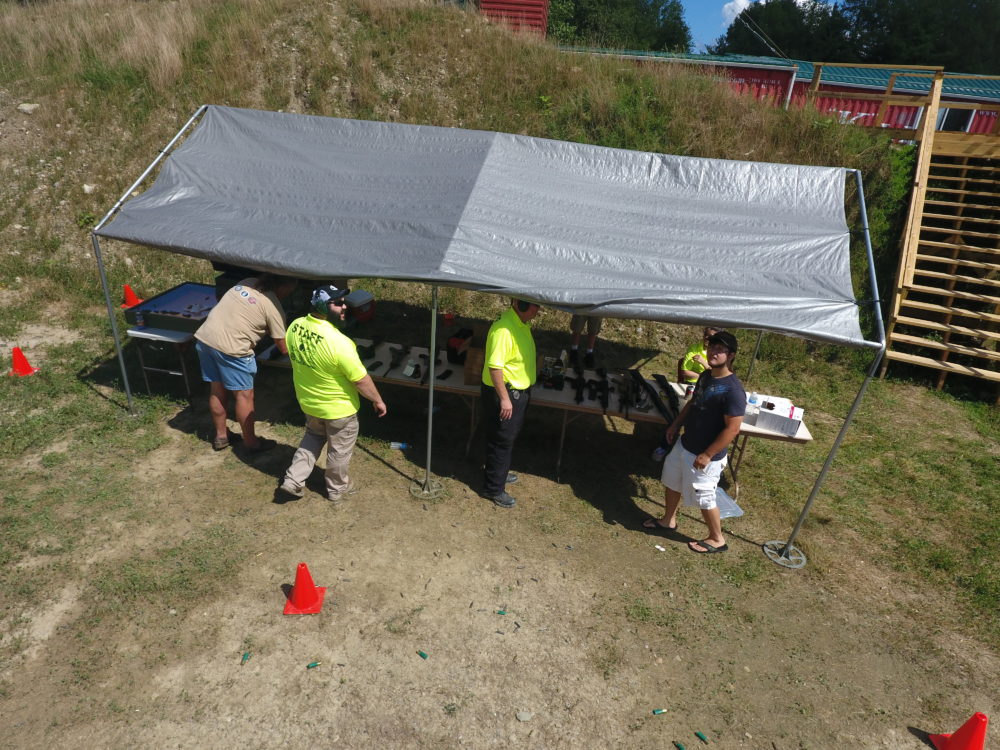 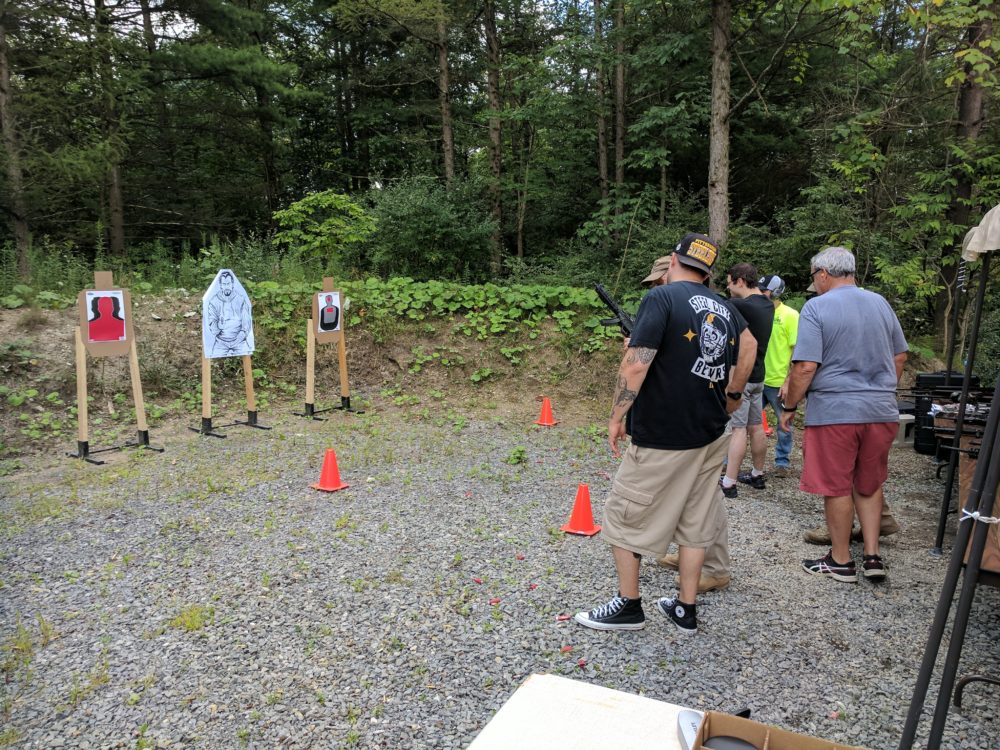 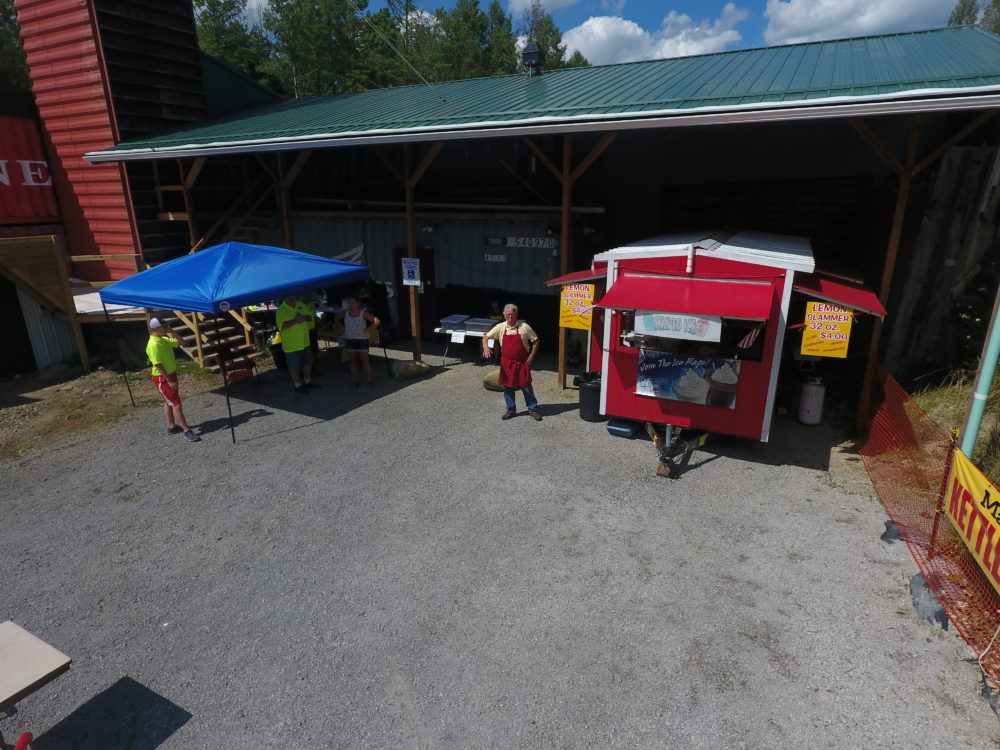 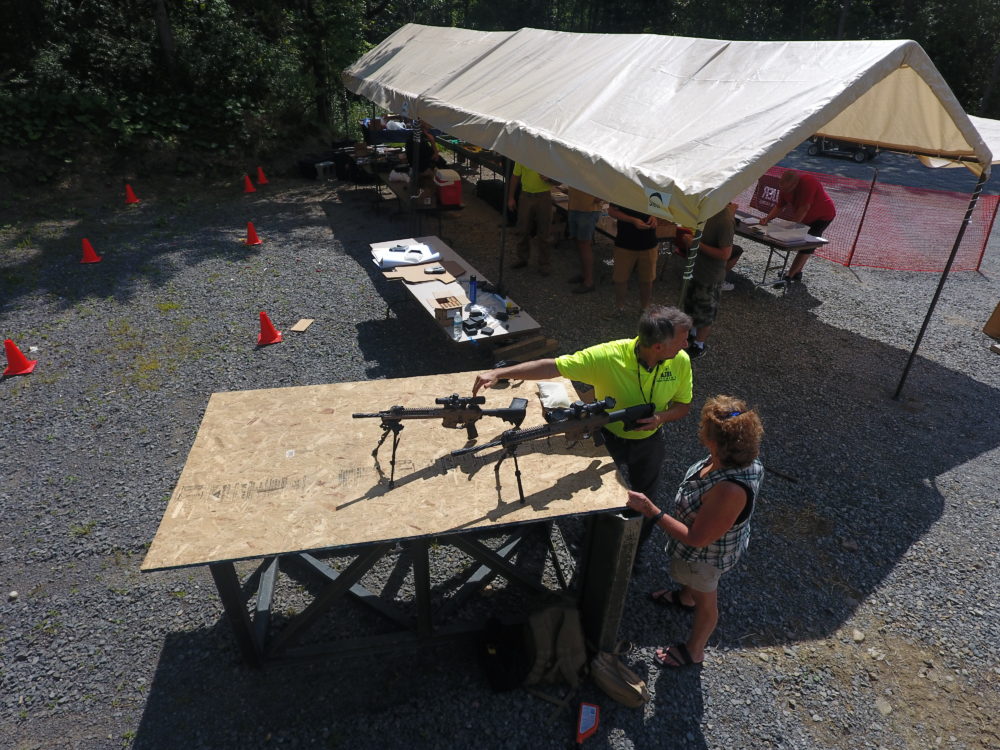 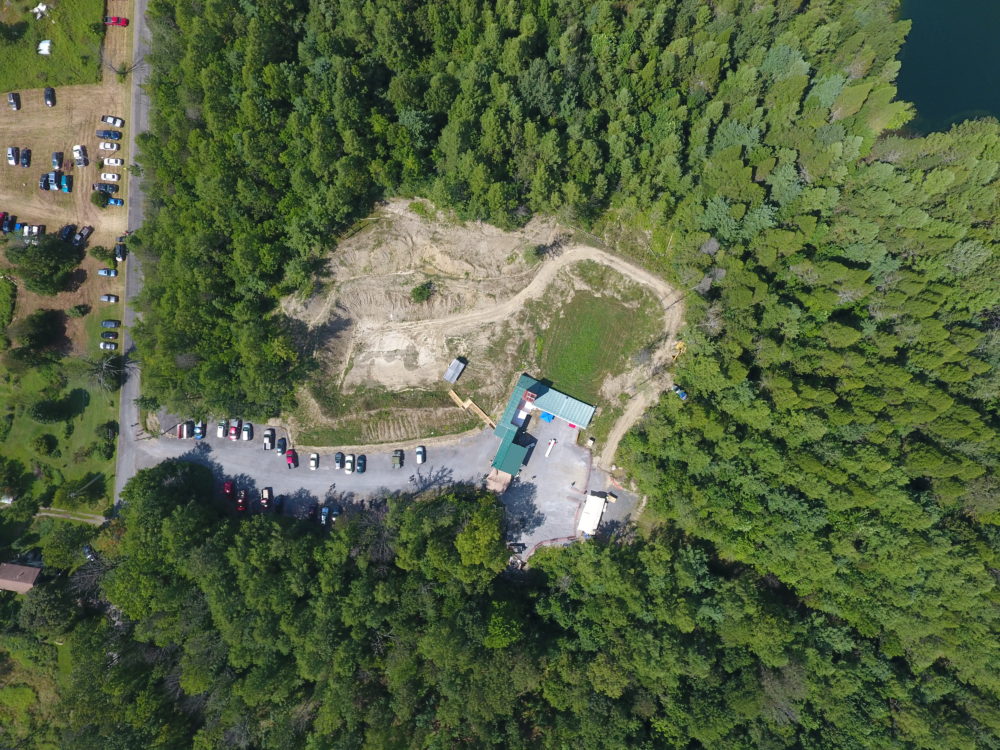 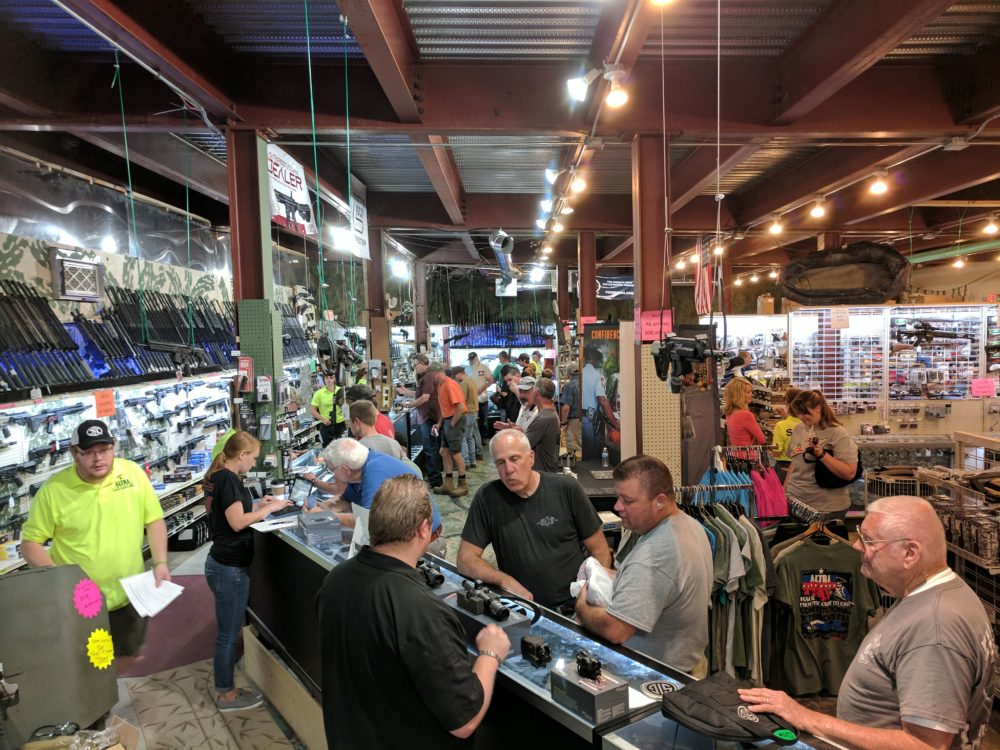 Leave some feedback or general comments on our store!